We are so honored to have been hired to create the cover for Tim Miller‘s latest horror novel, Spankenstein!

We previously created the cover for his bestselling extreme horror novel, Hacked, and so we are thrilled to have been asked to do it again!

Tom O’Brien did the photography for Hacked, as well as for Spankenstein. What is special about this is that Tom also appears as the male model for Spankenstein (with Jessica Mazo as the female victim).

To photograph the cover while also appearing in it, Tom first set up the frame and lighting.  He figured out a way to sync up his iPhone to his camera, where he can take a photo by hitting his phone. He kept his phone hidden behind Jessica and was able to shoot that way while he modeled. 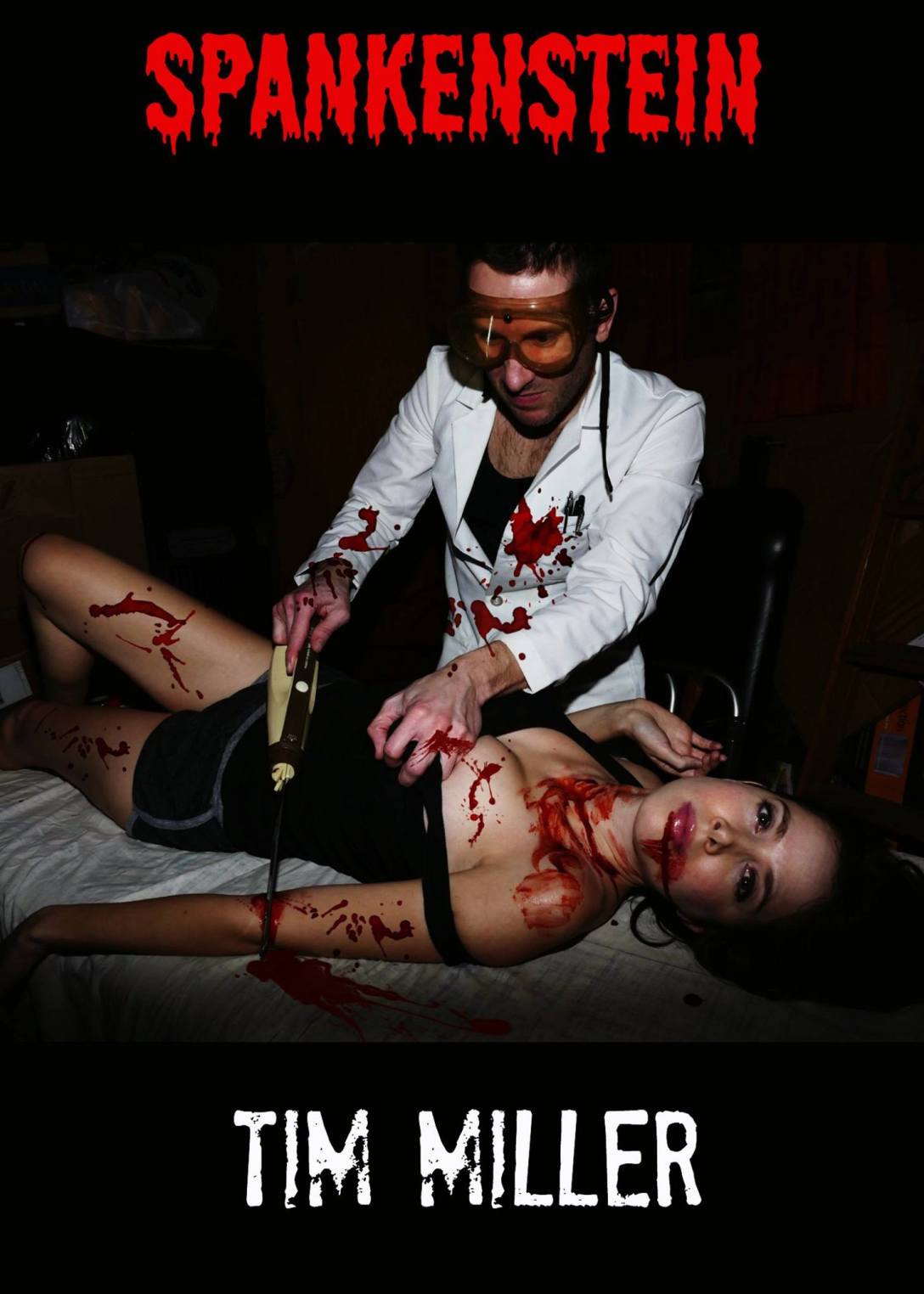