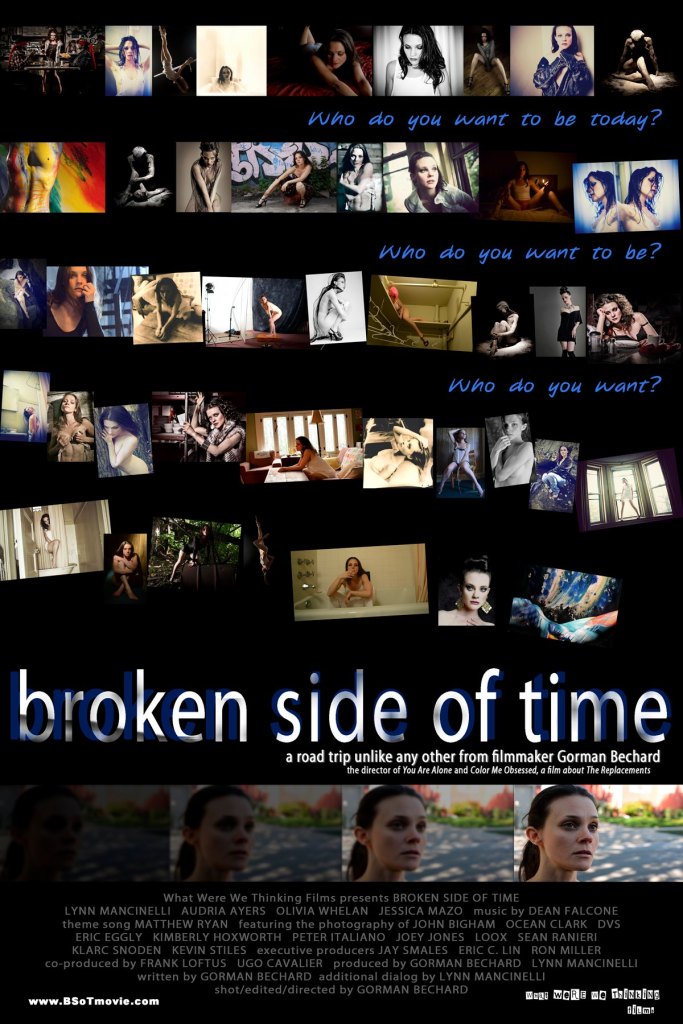 Gorman Bechard is the producer/writer/director/editor of BROKEN SIDE OF TIME, which is making it’s world premiere this Friday, June 28th, at Vision Film Fest at Tribeca Cinemas

Film synopsis: Over a million women have modeling portfolios online. BROKEN SIDE OF TIME is the story of Dolce, one of the models who’ve made a career of it. But now 30, and tired of competing with 18-year-olds, Dolce realizes what makes her feel most alive is also killing her. Before starting a new career behind the camera, she embarks on a long road trip home, shooting with her favorite photographers one last …time, and shedding her lifestyle-acquired vices along the way.

Below is our Q&A:

Q – Is this the first time a film of yours screened at Vision Fest?

Yes, but Lynn Mancinelli (lead actress in BROKEN SIDE OF TIME) has had films screen there, and I’ve known other people who have screened there as well.  Vision Fest has a great reputation for being very organized, and for their support of domestic independent films.  They support real independent films, not $20 million studio “independent films.”

Q. How did you secure funding?

I received my funding all through Kickstarter – but don’t forget, the budget was only $15,000!

Q. That’s really great you raised enough money through Kickstarter to make the movie! Do you have any more advice on how to secure funding, specifically?

A big part of it is to cultivate your supporters. Use Kickstarter, but you have to have links to all of your social media, and be active with it.  Have ways for your supporters to learn more about you and your film.  Get them to love you.

Q. As someone who has successfully completed several feature films, what other advice do you have for beginner filmmakers?

Keep your film crews small! You do not need 20 people.  While shooting BROKEN SIDE OF TIME, the most crew we ever had was three.  You save so much money, and it’s more efficient. I talk about this a lot on my blog: http://www.gormanbechard.com/main.html

Q. Any mistakes you’ve made in the past that you’ve learned from and think others can learn from as well?

Hiring too much crew.  I can’t emphasize that enough. It will suck all of your money and be inefficient.  Also (and I hate to say this), I have found that people who went to film school don’t work as hard as people who did not, who are just really hungry and want to learn.  People say I’m a little harsh with some of my opinions, but it’s all based on my experiences and what I feel works best.

Q. What do you think people will take away from BROKEN SIDE OF TIME?

First, I think they will all be talking about Lynn Mancinelli’s performance.  Her performance is just breath taking. This is a story about a woman who reinvents herself at the age of 30, and I think reinventing yourself is something a lot of people can relate to. You can reinvent yourself at any age.

Check out the world premiere of Gorman Bechard’s Broken Side of Time at Vision Film Festival this Friday, June 28th, at 9:30pm at Tribeca Cinemas.  Please click here: http://www.domanivision.org/film_festival/films/2013/ to purchase tickets. Check out the trailer below:

Interview by Jessica Mazo, Martini Productions. Jessica is also an actress and had a supporting role in the film.